You may have noticed that we have had a lot of ducks at the Farm now.  A duck population explosion has happened as Mrs Mallard has had lots of chicks and other mallards have flown in and had chicks of their own.   The young chicks soon grow into juvenile adult size birds and we suddenly have a pond full.  They do like it here and the constant supply of grain from the nearby hopper certainly helps. 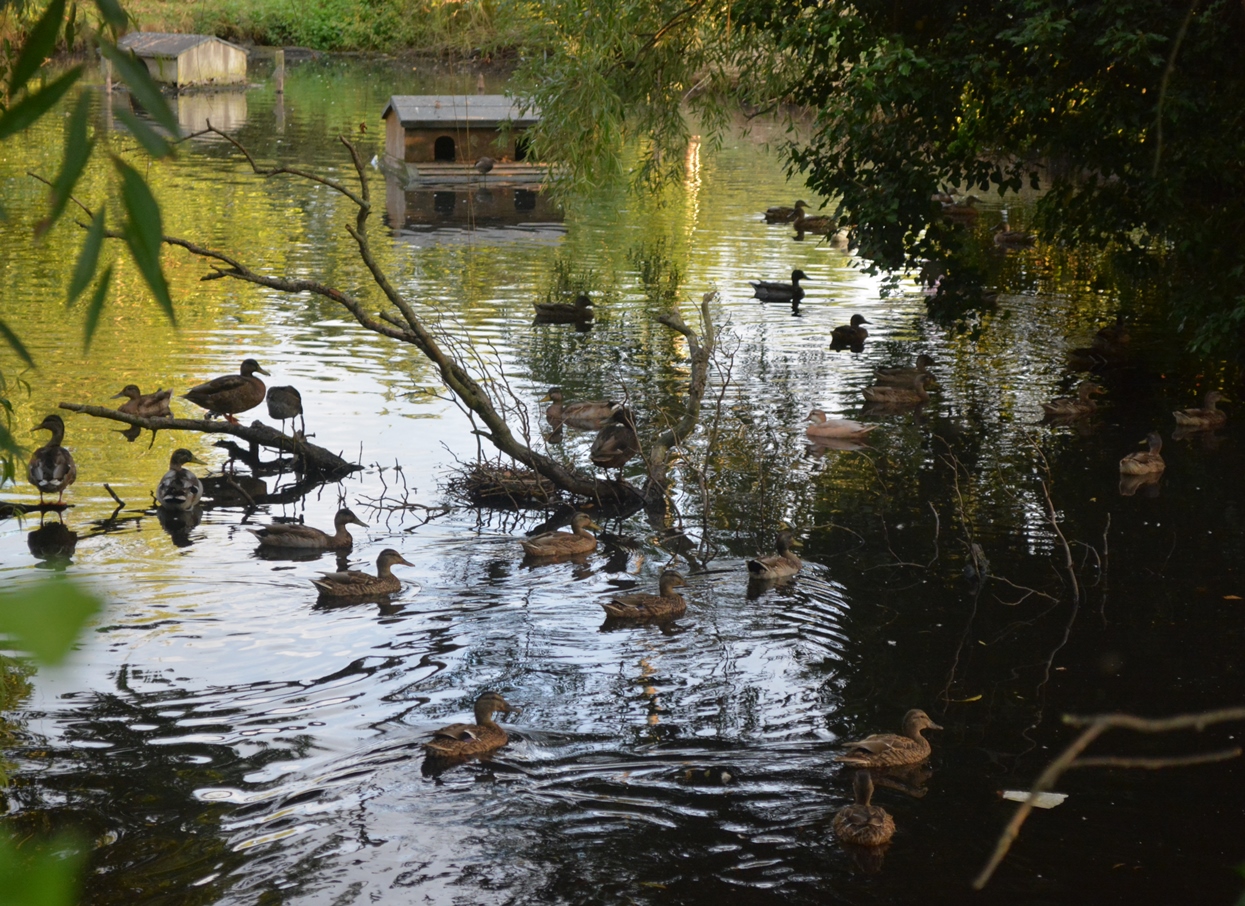 The duckhouse is duck central 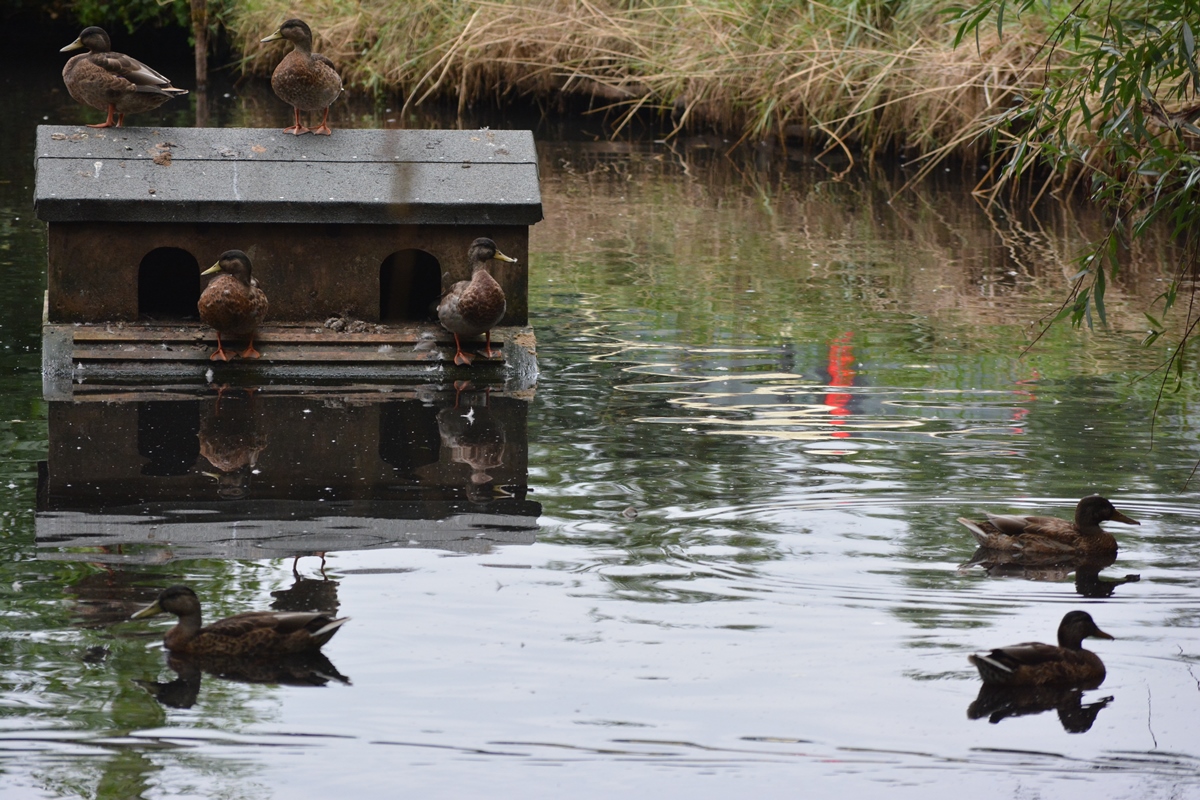 and there are quite a few baby moorhens around at the moment. 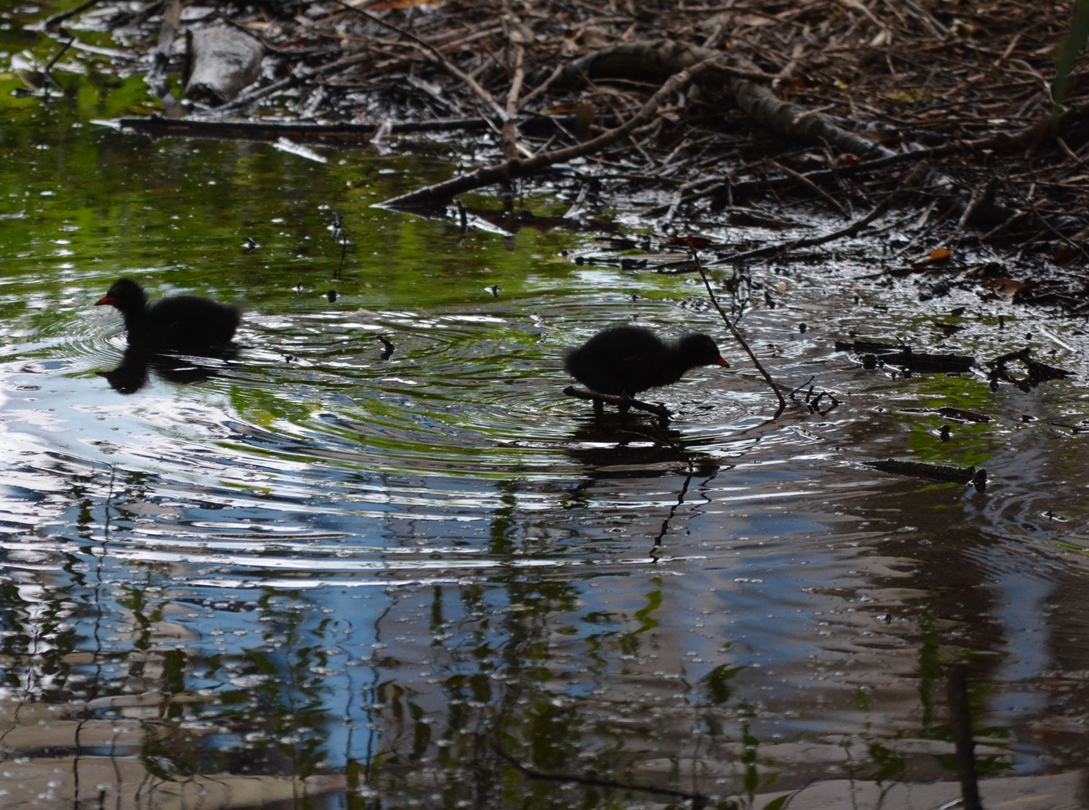 The white ducks aren’t always white, particularly when they’ve been off foraging 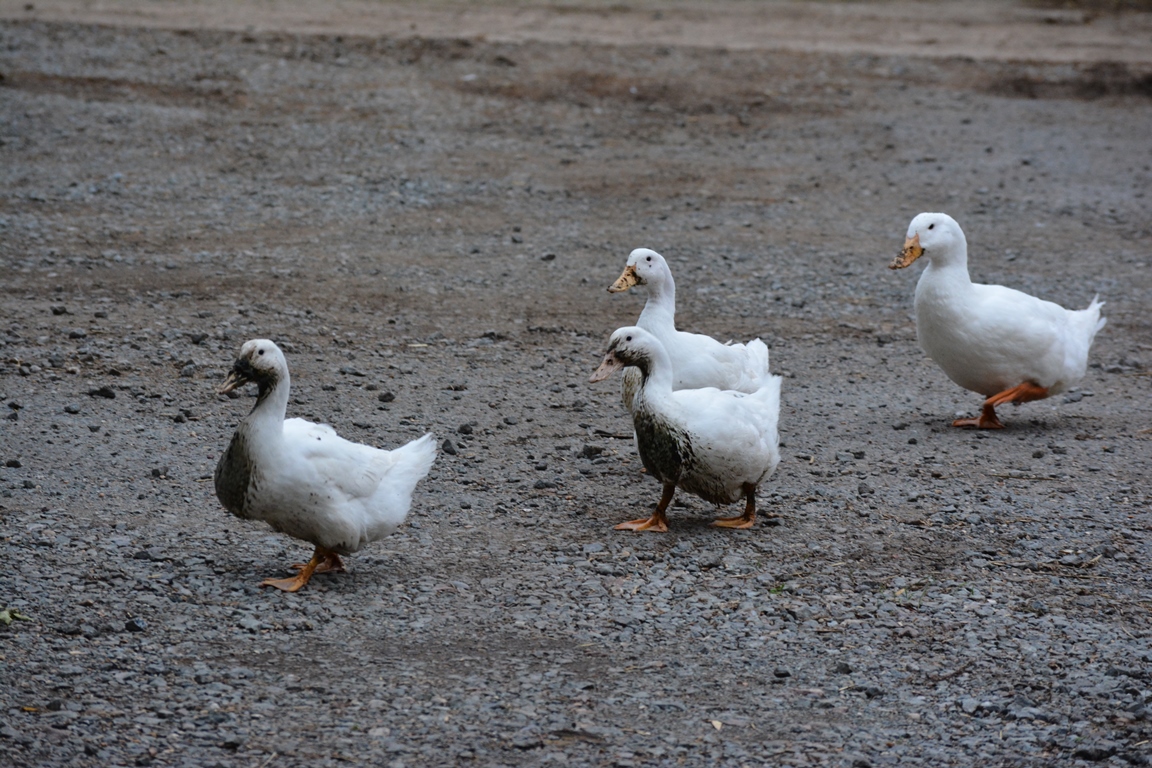 … but they always wash up pretty well. 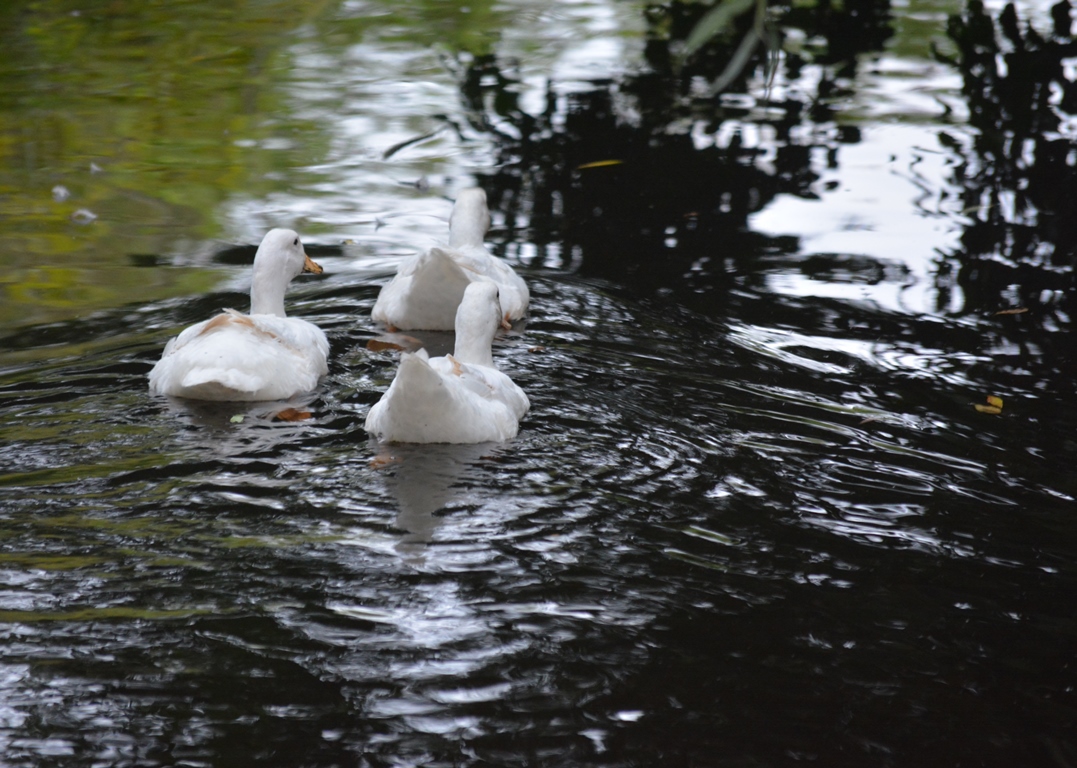 Back in early April in our blog “Can we go out soon?” we talked about the very wet weather, with water bubbling up out of the road drains and the girls not being able to go out into the fields because of all the soggy Essex clay. We posted a photo of the mud bound track out to the fields. The photograph on the right shows what it looked like on July 27th, the so called “Furnace Friday”. 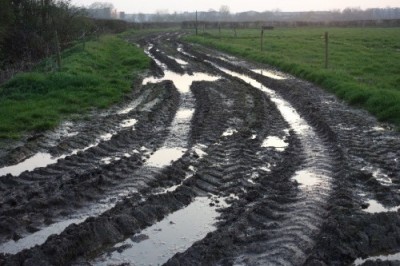 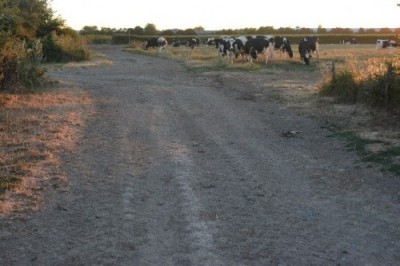 It’s been the same everywhere. 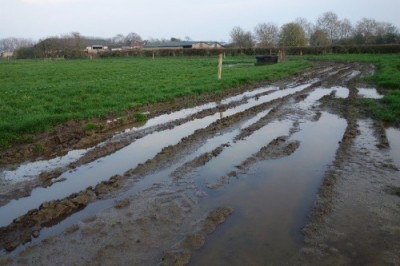 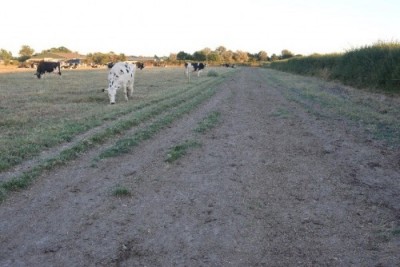 You will notice that there is quite a difference in the grass in the fields. Effectively, there is very little. Farmer Nick has been telling people that the cows are on ‘coconut matting’ and just nibbling at whatever they can find.  As I write this we have had some storms and some some sustained rainfall. Even with this we, like all other dairy farmers whose cows rely on outdoor grazing, can expect further tough times ahead. 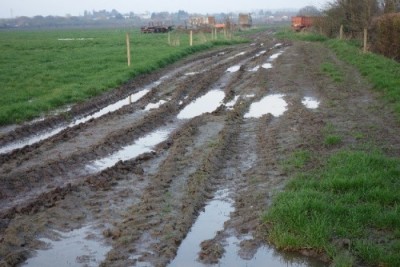 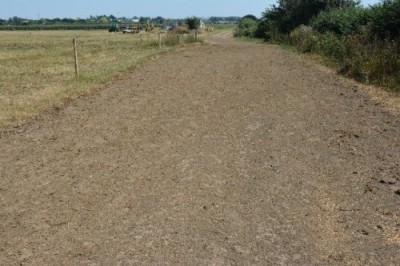 The cows would normally be enjoying a large proportion of fresh grass at this time of the year. Grass would still be growing and the cows would be enjoying large amounts of it as a big proportion of their diet during the summer months. Also, we would expect the make a second cut of grass sileage during the summer. Not only in this unlikely to happen, with the result that there will be less to feed to cows during the winter months, but also we are now having to use the sileage that we cut in the spring. The cows are eating 90% of the ration that they would eat in the winter (mainly sileage) a day at the moment. 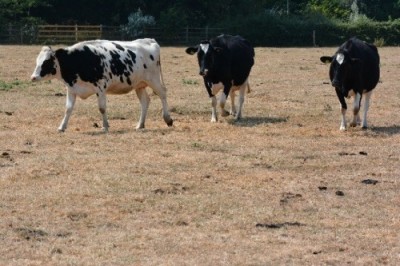 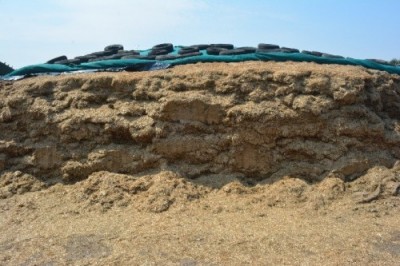 The clouds have been gathering and we are hoping for further sustained rainfall, ideally after we have got the straw off the fields. 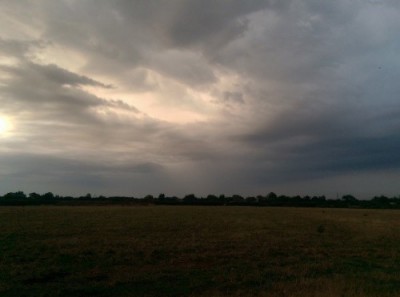