Whole milk is milk with nothing taken out, ours is simply pasteurised on the day of milking to remove any harmful micro organisms.

Our whole milk has been pasteurised to kill any harmful bacteria, but it has not been through the industrial processes of homogenisation, separation or standardisation, meaning it retains all of its flavour and quality.

If you like extra creamy milk you can pour it straight out of the top or a quick shake of the bottle will stir the cream back into the rest of the milk.

With our whole milk, the processes that we don’t do are –

Homogenisation:
A process by which the fat globules from milk are broken down into a smaller and more uniform size preventing them from rising to the top. Research has shown that changes to fat molecules in the milk can cause allergic reactions and make milk less digestible.

Separation:
The process where milk is separated into its cream component and liquid component.

Standardisation:
The process where the cream and liquid component are re-blended to make milk that contains the exact amount (‘standard’) of fat required depending on whether it is whole, semi-skimmed, or skimmed.  Low fat milk options tend to have less Vitamin A and Vitamin E. 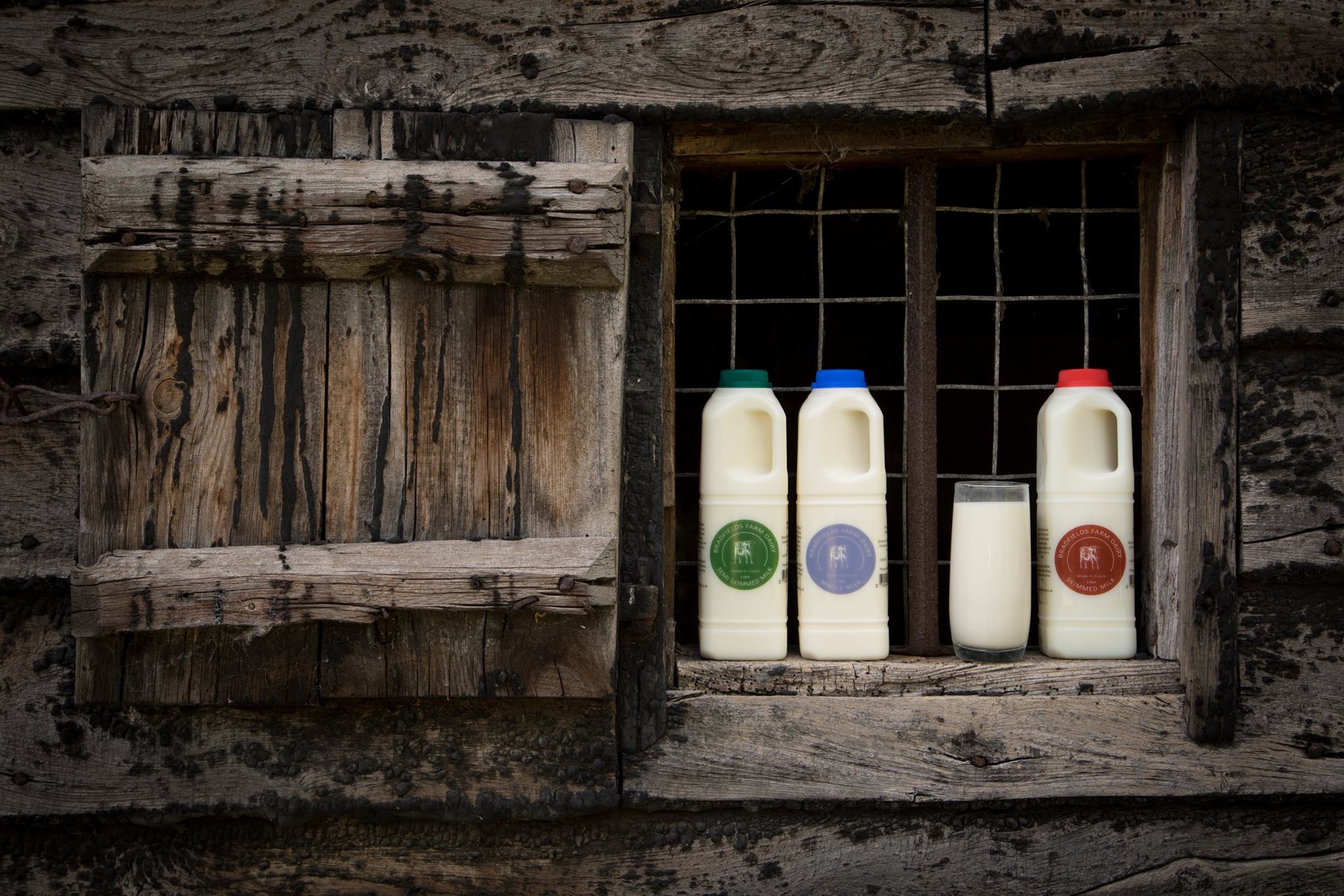 Skimmed milk has most of the cream removed leaving less than 0.3% fat remaining. We do this by passing the whole milk through a cream separator as part of the pasteurising process.  The milk is not homogenised or treated in any other way.   Our skim milk remaining has a fat content of 0.2% which varies slightly depending on the seasons.

Semi-skimmed milk is milk with some of the cream removed. We make our semi-skimmed milk by mixing skim milk and whole milk together. Ours has a content of 1.7% and varies slightly with the natural changes in the whole milk content through the season.