Chalvedon is a European style hard cheese, which is cooked and pressed based on a Spanish manchego recipe but with whole pasteurised cows milk instead of sheeps milk. When young it has a soft, elastic texture similar to edam which hardens over time. The whole milk gives it a cream mouth feel and is complimented its a peppery finish. 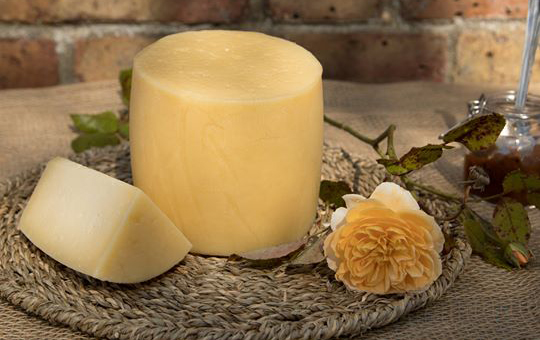 It is named after Little Chalvedon Hall a nearby farm where all our young heifers live until they join the main herd. The Chalvedon name dates back to the earliest maps and records.

Westcroft Cheese is made to the same recipe as Chalvedon but is drier and crumblier and a little stronger in taste.  This is because the cheese is made at a slightly higher temperature.

It is named after part of the farm where many years ago there was a Westcroft house.

Blackwater is a smooth, Gouda style hard cheese. It is medium matured to  take on a buttery, creamy taste.